Behind the music…with Iain Ballamy 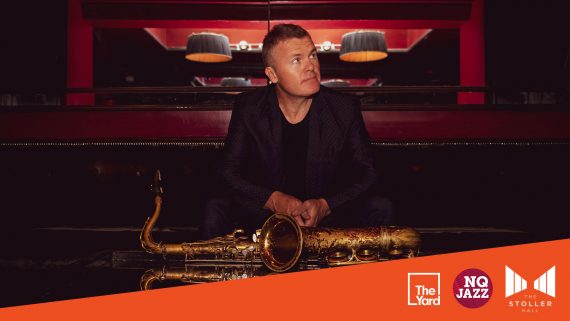 The next instalment in our Behind the Music series is a musician we’ve been wanting to see for sometime now.

He has established himself as a player and composer of note on the world’s jazz stages, performing as a featured concerto soloist with the Royal Liverpool Philharmonic and BBC Philharmonic Orchestras.

Listed in the BBC’s 100 Jazz Greats, Ballamy has a rare and beautiful sound on the tenor saxophone, both captivating and instantly recognisable. We spoke to him about his upcoming performance as part of our live jazz series.

1. What are you most looking forward to about the return of live music?

Everything! but above all the social and sociable aspect of performing and music making which creates the sense of occasion. We know from streaming concerts and playing on our own at home that nothing compares for the magic of live performance.

2. What can audiences expect from your NQ Jazz performance?I anticipate an outpouring of joy! – we will be playing original material and some re-imagined classics so the program is broad.

3. What has kept you busy during the last 12 months?Online teaching, writing and gathering ideas, closely followed by home schooling children and trying not to lose faith in the future of the live performing arts4. Has your musical perspective or perception of the industry changed over the past year?The industry has never been clear to me and nor has my perception of it! Musicians are like the coffee beans and the industry is those who deal in music. Music is their “commodity” but is our existence. Musicians ultimately don’t end up with a big piece of the cake sadly…

6. Who are you most looking forward to seeing perform when live music returns? All the musicians who I have spent my life playing with and not seen for over a year!

Tickets for the Iain Ballamy Quartet are available now.