Behind the music…with Norma Winstone 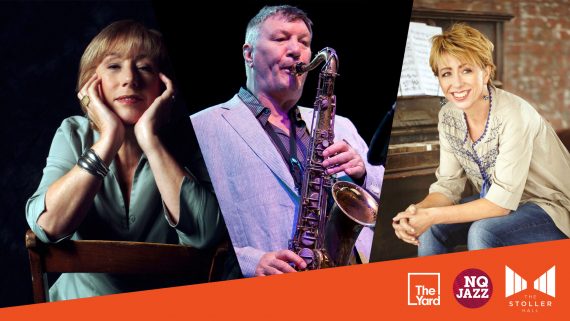 Best known for her wordless improvisation, English based Jazz vocalist and lyricist Norma Winstone MBE has had a long and successful career, spanning over 50 years. Norma’s many achievements have led to her being highly regarded as one of the most respected jazz singers in the world. So naturally we were all ears when we spoke to Norma Winstone before her Stoller Hall debut, alongside jazz legends Nikki Iles, Stan Sulzmann & Dave Green.

1. What are you most looking forward to about the return of live music?
Making music with my friends and feeling a response from the audience.

2. What can audiences expect from your NQ Jazz performances?
I would hope a feeling of our love for the music of Bill Evans and our delight in performing it.

3. What has kept you busy during the last 12 months?

I have been writing lyrics (which I do anyway), and getting new material together for future projects. I have also been sorting through John Taylor’s music which found its way to my house. I have been scanning his compositions and organising some of his big band arrangements. A Hell of a job which I would not have had time to do but for the lockdown.

4. Has your musical perspective or perception of the industry changed over the past year?
Not really; I just feel that the scene might never be the same again, but that is too much to go into in a short answer.

5. Who has had a significant influence on your music?
No one person. Kenny Wheeler influenced my progress in music. His sound was something I aspired to with my voice. John Taylor, of course.

6. What music are you listening to at the moment?
I listen a lot to classical music, the French Impressionists and English composers Peter Warlock, E.J. Moeran for instance.