Behind the music…with Steven Isserlis 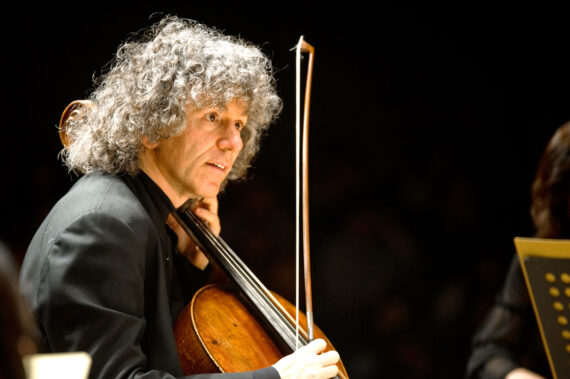 We sat down with one of the world’s greatest living cellists, Steven Isserlis, who will be making his long-awaited return to Manchester with pianist Alasdair Beatson on Monday 3 October 2022.

I am very happy to be back in Manchester […] and we will be playing Mendelssohn’s Variations Op.17 – a gem of a piece. And another gem by Mendelssohn’s close friend, even teacher at some point, Ignaz Moscheles [with his Cello Sonata Op.21] that was actually dedicated to Schumann.

Steven Isserlis will also perform what he describes as “the greatest love songs for cello and piano”, in his arrangement of Schumann’s Adagio and Allegro for Piano and Cello in A-Flat Major, Op.70. Eagle-eyed classical music fans will know that this Schumann classic was originally written for Horn, however Steven remarks that Schumann himself did specify that it could also be played on cello. His return to Manchester concludes with Brahms’ Cello Sonata No.2 in F major, Op.99, regarded as one of the great cello sonatas of the romantic period.

Steven Isserlis has been steeped in music from birth. His grandfather was the Russian pianist and composer Julius Isserlis, while older branches of his family tree have a direct line to Felix Mendelssohn himself. Steven has communicated through music from an early age, and the references within his upcoming programme at The Stoller Hall can be seen as a fitting tribute to the deep musical heritage that runs within the Isserlis family.

It is perhaps the culmination of his musical lineage and remarkable encounters with some of the very best that has enabled him to become one of the most internationally acclaimed musicians of our time – so much so, that he has been bestowed the honour of playing two Stradivarius cellos throughout his career.

But instead of basking in the international acclaim, Steven Isserlis remains a humble educator choosing to continue sharing his intrinsic and extraordinary skills with young musical protegés across the world; with a quest to break down the metaphorical boundaries that many people assume to exist in classical music:

Steven Isserlis and Alasdair Beatson will perform live on Monday 3 October 2022. Tickets are now available via The Stoller Hall website .