Behind the music…with Ant Law 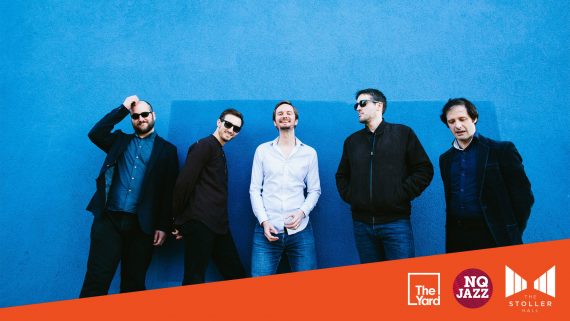 Live music is back; After 14 months of live streams we’re now open for live concerts!

This includes guitarist and composer Ant Law. Described as ‘an innovator’ and ‘a game changer’ (The Guardian), British guitarist Ant lives in London and leads his quintet which includes Mike Chillingworth (Saxophone), Ivo Neame (Piano), Tom Farmer (Bass) and James Maddren (Drums). Ant will perform his first live concert in Manchester, following the UK’s lockdown on Monday 14 June. We spoke to him about his biggest musical influences and what he’s most looking forward to about returning to the stage…

1. What are you most looking forward to about the return of live music?It’ll be really really great to play with other people in person – real life interaction is really the most important thing in jazz and that’s been VERY sorely missed by us all. I never thought I’d say this but I do miss the “community” aspect too – the hang!2. What can audiences expect from your NQ Jazz performances?Right now we are (musically speaking) like five caged animals waiting to be let loose… So I’ll let you imagine the results – I hope it will be exciting for audiences, it certainly will be for us!3. What has kept you busy during the last 12 months?I have been recording a huge amount of music and writing lots. I’ve been collaborating with artists all over the world for my “QZ” livestreams on Facebook/YouTube etc. These were weekly at one point but now monthly, which helps me keep things as good as I want them to be…  I also like playing video games when I have time. I went back through Last Of Us, Last Of Us 2, Horizon Zero Dawn and all the Uncharted series – so much fun! 4. Has your musical perspective or perception of the industry changed over the past year?Yes – I think taking an extended time out of the “sprinting to stand still” existence that I had become accustomed to has been helpful. I feel more focused and I am starting to practice guitar more.5. Who has had a significant influence on your music?I honestly don’t know, I’ll have to leave that to listeners to decide… Like many musicians I’ve listened to SO MUCH over the years.
6. Who are you most looking forward to seeing perform when live music returns?I have tickets for Kurt Rosenwinkel, Louis Cole Big Band, Meshuggah & Sons of Apollo… I also love classical concerts… I love to drop in on my friends who are performing in London – I get a huge amount of inspiration from that. Some of my favourite artists (such as Ben Monder for example) don’t come to the UK very often so I hope to get back over to NYC to hear him and some other cats who are based there. Darbar festival is always so great – many amazing musicians come over from India and it is a total feast for that.