Black Musicians in Classical Music: “That is so white!” 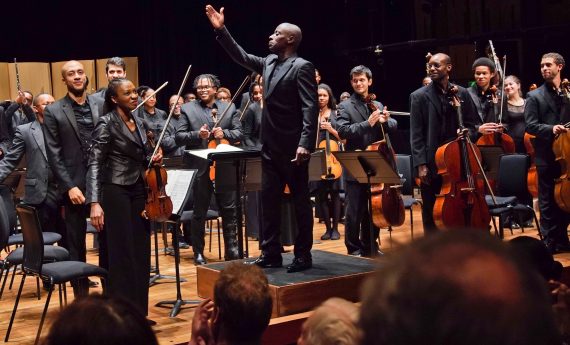 Although at first glance, race and music seem to be disparate subjects, on closer inspection they are more interlinked than at first appears.

Starting classical music from a young age as a person of colour was never anything I considered to be unusual. I never really thought about my skin colour, but sometimes I did wonder why the majority of the musicians in my community were white. I was never affected by this in any way and was always treated the same as the other children, my skin colour only became something I speculated over more when my singing improved, and I was encouraged to venture out of my home town to participate in competitions and ensemble work with young musicians across the country.

“You should do jazz singing, I bet you’d be so good at it.”

“You play classical music? That is so white!”

These are just a few examples of the small degrading comments I have received from white musicians, both of which are very much interlinked with skin colour and heritage, stating that classical music is for white people and jazz is for people of colour. Although this isn’t stated directly, the idea has been passed around for generations through what we learn about culture and history in school, and these types of assumptions become second nature.

Being the minority in terms of race in an orchestra, choir or any other classical music groups is quite intimidating; you never think you’ll be affected by your race, until it’s something that sets you apart from others. In 2013, a survey by the Arts Council revealed that just 5 percent of professional classical musicians working in the UK identified as Black and Minority Ethnic (BAME). It’s very hard to feel relaxed when ‘all eyes are on you’ just because of your skin colour. Subconsciously, there is a certain expectation for people of colour in classical music to perform at a particularly high standard compared to their Caucasian peers, due to the fact that people of colour are rarely represented in classical music and are usually associated with Jazz, Rap or Pop music.

Author and screenwriter Candace Allen told her story about how she believes the British classical music world is racist. She talks about how the lack of black musicians in our leading orchestras is down to discrimination, and that black children don’t get exposed to classical music at an early age. She talks about how to encourage black children to get involved in classical music, and believes that change is needed to normalise diversity in these professions. I relate to her story personally because I have encountered similar events as she has and she explains clearly how it feels to be a person of colour in a place where white individuals are favoured. You can read Candace’s story here.

As we already know, there are many all-white orchestras in the UK but in recent years this has changed; in 2015 the UK’s first all-black orchestra performed at The Southbank centre in London. The Chineke! Orchestra is a British orchestra, the first orchestra in Europe to be made up of majority Black, Asian and ethnically diverse musicians.