What to expect from our next family concert…with Emma Cunliffe 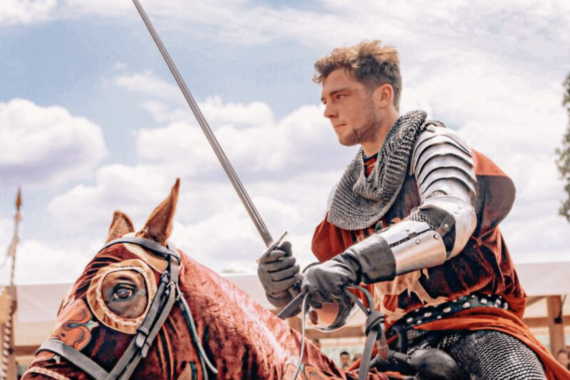 Did you know that the medieval buildings at Chetham’s celebrate their 600 year anniversary in 2021? Chetham’s is the site we call home to our world-class concert venue, which sits next to Chetham’s School of Music and Chetham’s Library.

If you came along to the Medieval Manchester Festival in September you’ll know more about our history and we’re continuing our the celebrations this weekend. Our special family concert Britain’s Got Kings will take audiences on a musical gallop through the 15th century, with some medieval characters to meet along the way, plus live music from Chetham’s musicians.

We caught up with the Chetham’s Outreach Programme Manager, Emma Cunliffe to hear more about what’s in store for families this Saturday 20th November…

What can we expect from Britain’s Got Kings on Saturday?

A fun and interactive musical gallop through the 15th Century! A live classical ensemble, introduction to the instruments and lots to join in with.

Who are the Chetham’s Outreach Ensemble?

​A classical ensemble of professional players and students from Chetham’s School of Music, students aged 8 – 18.

Do I need to be interested in medieval history to enjoy it?

​No, although you might learn something about it along the way! You’ll hear music from a whole variety of centuries and you’ll have fun whatever your favourite period of history is.

What’s the concert about? Who are the key characters?

​The concert celebrates the fact that our little corner of Manchester is 600 years old this year. It turns out that the 15th century kings were quite a bunch! You’ll meet all of them and hear about their claims to fame. And along with that we’ll play you lots of brilliant music.

Book now for Britain’s Got Kings