Behind the music, with I Fagiolini’s Robert Hollingworth 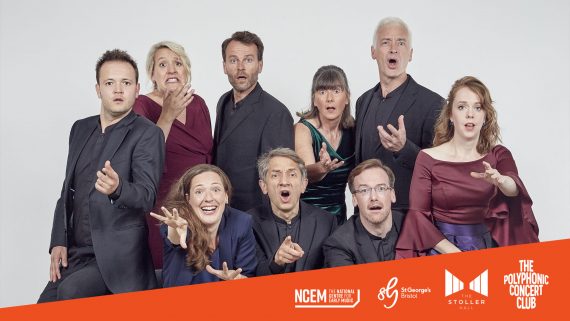 ‘Why do we do it, why put ourselves through it?’ goes the song. Making a living out of the arts was never easy: it got harder a year ago but that’s ok – we’re ‘creative’. This was the start of our conversation with Robert Hollingworth, Director of British voice ensemble, I Fagiolini. Hollingworth has also directed Monty Python whilst studying music at University Of York. During our chat he muses about the highs and lows of the last 12 months (singing in a cupboard?!) and the craftsmanship behind his latest project, the Polyphonic Concert Club.

Do you remember late March last year? All of us on social media playing the trombone with one foot and in the bath to show that we were ‘still here’. Then came the composite performances – filmed in the bedroom, microphone dangling out of ear and singing in a cupboard to get a nice dry sound for the engineer to be able to manipulate it to sound like the Sistine Chapel. (OK – guilty but I Fagiolini’s at least had a comic element: Cake Mix)

Then we actually met and made music (2m spacing please), the camera doing what it could, followed by the false dawn of tiny audiences in the room with us – before lockdown part deux (et trois). In the gaps, musicians and camera people started all sorts of innovations.

But one small company (Polyphonic Films) that had been filming music for 15 years that I’m proud to be part of, took its time and is just now releasing a really beautifully filmed series of six concerts: the Polyphonic Concert Club. The idea was to be a mini-music festival with six very different artists: piano, strings, sure, but percussion quartet, rogue Baroque ensemble (Red Priest) and my own vocal group, I Fagiolini.  I suppose we’ve assembled the sort of thing that my parents would enjoy: ‘a nice mix’ but with musicians choosing the repertoire and some of their choices are blinding.

Jennifer Pike plays a Szymanowski violin sonata that’s a revelation (I only was interested in the Mozart and the Massanet but…): then the four guys of Colin Currie’s percussion quartet doing mesmerising things with techniques and instruments that are outside most of our experience; and my own lot with familiar double-choir Bach alongside naughty Venetian Carnival pieces to absolutely searing, lump in throat laments from Elizabethan England that you didn’t know existed.

But beyond that, it’s the care with the filming that we hope you’ll enjoy. No ‘fixed camera insto-stream’ but people looking down the lens with as much love and understanding of their craft as the musicians. This way you can really meet the performers, even see them thinking as they play, sometimes suppressing a smile (they’re not meant to ‘enjoy’ it, after all…).

‘Why do we do it, why put ourselves through it?…’ Because this is what we do! And we’ve created a little club feel out of this so have chosen the model of a subscription for the whole series rather than individual tickets. Trust us with this, if you can: beautiful humans, dedicated to performance their whole lives now seen up close and personal – the whole thing done in collaboration with three of our favourite venues OUTSIDE LONDON (did we say?) and all money split between those playing, filming and providing venues.